What is Ecosocialism? – Part 1 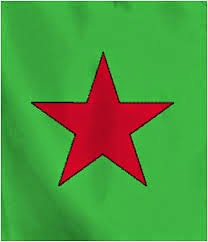 Well, I have set myself some task here, to explain this philosophy in two short blog posts, when people much smarter than me have written whole books on the subject, but here we go anyway. In this first part we will look at the theory.

Ecosocialism at its basic level is a fusion between green (eco) and red (socialism) approaches to political economy. But it is not quite as straightforward as that. So it may be best to begin by stating what ecosocialism isn’t.

Green politics has many strains of influence from the right, left and centre of more traditional political thinking but at its heart is a concern for the ecology of the planet and all creatures that live on it. So far, so good.

Someone like James Lovelock who came up with the Gaia hypothesis, which postulates that the biosphere is a self-regulating entity with the capacity to keep our planet healthy by controlling the interconnections of the chemical and physical environment, is from one strain. This type of thinking is commonly known as ‘deep ecology’, and its many critics (ecosocialists amongst them) tend to view it as ‘anti-human’ since mankind gets the blame for much of the ecological damage we see.

There is a truth in this of course, but to put the emphasis on often the poorest human beings and see our species as somehow separate, even alien from the rest of the planet’s ecology is to massively miss the point.

The ‘too many people’ population brigade are from the deep ecology category, and this Malthusian thinking is the polar opposite of ecosocialism. The deep greens want to drastically reduce human population, and although they don’t often go into detail about how this would be achieved, I’ve always thought it has fascist undertones. Indeed, Hitler is said to have been an animal lover and vegan!


Other variants of ecological thinking tend to stress theories like bio-regionalism, which is less objectionable, but still yearns for a bygone age when people didn’t travel far and populations were relatively low. The native American tribes are often cited as living the bio-regional way, before the Europeans came along and spoilt it all. 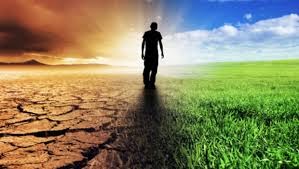 Most Green parties around the world adopt a form localism as their main policy platform, and this ecological philosophy which is, at its core, a kind of neo-Smithian (Adam Smith) theory, where small, localised businesses offer a competitive and localised economy. This is relatively soft on the environment, whilst also ensuring diversity between nations and regions, it is essentially a form of liberalism. Often local currencies are championed along with good ecological practices such as organic farming and using renewable energy sources.

In the red corner, ecosocialism (like some other forms of socialism) is definitely not like the twentieth century authoritarian socialism of the Soviet Union and its satellites or China. Ecosocialists view this first epoch socialism as ‘state capitalism’, and not really socialism at all, with its obsession with production as well as being if anything even more damaging than capitalism to the environment. Of course, there were logical reasons for this, being under threat from hostile capitalist states all around them, but this departure from real socialism was disastrous to the cause.

This socialist model of aping capitalism in the end led to its downfall, and the notion of this as an alternative philosophy appears to have been tossed into the dustbin of history now anyway.

It should also be made clear that ecosocailism is different from Western social democracy (or as some call it ‘democratic socialism’), although the Green parties that ecosocialists often inhabit, often conform to this type of politics (as more traditionally practiced in the last century), rather than the neo-liberal lite approach of parties such as Labour these days.

So, to return to the opening question, what exactly is ecosocialism? Fundamentally it is an eco-centric socialism. The effective cause of the ecological problems that are all too familiar is capitalism, with its need to grow, exponentially, relentlessly over time. Logic suggests that this is impossible, where resources are finite, but if it doesn’t grow, then capitalism is thrown into crisis, and will eventually die. But this doesn’t mean that a whole lot of damage can't be done in the meantime, as we see with climate change.

Ecosocialism stresses the need to cooperate, rather than compete, to share rather than to horde selfishly, and to conserve rather than exploit. All this is applicable to the wellbeing of the people as well as the planet.

A very important concept in ecosocialist thinking is the ‘commons’. This thread goes way back in history, probably as old humanity itself. ‘Primitive’ societies were often based around a commons concept and the earliest stories about Robin Hood in England were of the fight against commons enclosures, by the crown or nobility. History is littered with the desire of the powerful to enclose and then profit from common land. The Diggers during the English civil war are another example of people trying to establish commons against the tide of enclosure.

It was brought home to me a few years ago when I visited Senegal in west Africa. I spoke to a local fisherman who complained about the factory fishing boats from Japan, Russia and the European Union. He said whilst the local fishermen fished in balance with nature, these ships were hoovering up all the fish, and it was becoming more difficult to catch enough to survive on. It struck me, that this was another example of the commons, which was working perfectly well for people and fish, being enclosed by capitalism and unbalancing nature and starving the people.

There is a debate about whether Karl Marx was ecosocialist, where some say he was, for example his concept of a ‘metabolic rift’ between man and nature caused by capitalism. On the other hand, some see him as essentially a productivist. Personally, I don’t care one way or the other. I think Marx had his green side but also I can see the other view too. Maybe he just didn’t get around to fully joining up the eco side of his thinking with the rest.

Where ecosocialists are at one with Marx, is the centrality of production for ‘use value’ as opposed to ‘exchange value’, as under capitalism. I don’t have enough room here to go into this deeply, but in short, production should be for need, and not to make money.

There are lots of ecosocialist writers if you want learn more, for example, Joel Kovel, Sarel Sarker and Green Left’s own Derek Wall, and ecofeminist writers (which is a very similar philosophy) like Maria Myes and Shiva Vandana.

In part 2, we’ll look at what we can do in practical terms. 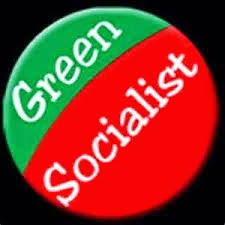 Posted by Mike Shaughnessy at 09:57