Time to Flex our Muscles – London as a City State? 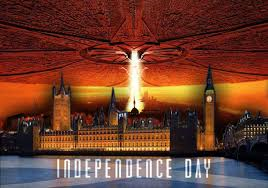 With apparent panic in Westminster over the possibility of Scotland voting for independence next week, a new federal UK deal appears to be on offer for not only Scotland, but England’s regions, Wales and Northern Ireland too, and about time. We have had to listen to the Scots rather self-important and dismal debate (from both sides) for what seems like forever now, from an utterly impotent stand point. I think it is time for the rest of us to have our say on the constitutional arrangements by which we are ruled in the UK. In London, and other parts of the country, we don’t want a permanent Tory government or Labour’s Tory light version either, which is surely the best we can hope for if Scotland goes its own way.

I think we will see more demands for English devolution in the coming months, whatever the Scots decide to do. The genie is well and truly out of the bottle now, and we the people of London, should get onto the front foot and turn this opportunity to our advantage.

Last year, the London Finance Commission, chaired by Tony Travers of the LSE, produced a report ‘Raising the Capital’. Below is an edited extract from the report:
The Commission believes that there would be more jobs and growth in London if the government of London had greater financial autonomy.

Although Scotland and Wales now enjoy substantial devolved power, England has not seen anything like the same degree of devolution. London has a relatively new system of city-wide government which, in the Commission’s view, could readily wield more power and fiscal autonomy.

London is a leading international city which has, somehow, become a model for free-wheeling, tolerant, metropolitan living. It has a fast-growing population and, along with its surrounding counties, one of the largest regional economies in the world.

At present, London (and, indeed, England as a whole) is an extreme outlier compared with other cities and countries. Only a tiny proportion of the taxes raised in London are determined by the city’s government. Even after the reforms of April 2013, barely 7% of all the tax paid by London residents and businesses is retained by the Mayor and the boroughs. The equivalent figure in New York is over 60%, in Tokyo it is over 70% and in Paris over 80%.

London’s population is equivalent to those of Scotland and Wales combined. Its economy is almost double the size of these nations together.

As the London population grows to nine and then ten million people by 2030, there will need to be massive investment in enabling infrastructure simply to accommodate these new residents and, indeed, commuters. The Commission is convinced that London would be better able to prioritise decisions about investment.

Whilst the report fights shy of recommending income tax raising powers for London at this stage, it does note that Scotland has some such powers, and may get more, and although there would be some practical difficulties with devolving income tax revenue, it does not rule it out in the longer run.

The report also goes out of its way to say that it is not suggesting  City State status for London, but having read through it, I was left with the impression that it is certainly possible, and even desirable, given London’s economic power and its multi-cultural and relatively young population. One step at a time, I guess.

Whichever way you look at it, London is different from the rest of the UK culturally, and needs more power for its government to shape its society. As an immigrant to London myself, from the north of England, I’ve always felt that being a Londoner was more of a state of mind, rather than where you are born. The diverse nature of London makes it so.

It is not just about London though, the Core Cities group, which includes London, are making similar noises about devolved powers. These English cities:  Manchester, Liverpool, Birmingham, Leeds, Sheffield, Newcastle, Nottingham and Bristol, (and now including Glasgow), have different challenges to rural areas and are all demanding more power to run their affairs.

The UK is one of the most centrally run countries in the world, devolving more power (financial particularly) will increase democracy and will give us the chance to develop our communities in the way we think is best. And it might just save us English who hate the Tories from a miserable future under an extreme neo-liberal dominated Tory/UKIP government.

It is essential, I think, that the inevitable calls for an English devolution, are defeated. England is a large country by population measures and needs to be governed as regionally and locally as possible, not England wide.

Wouldn’t the people’s capture of London be a far bigger prize than Scotland? Wake up London, it is time to take our future into our own hands.
Posted by Mike Shaughnessy at 03:57