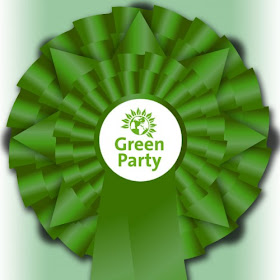 The decision by the leadership of the Green party to enter into the Unite to Remain electoral pact with Plaid Cymru and the Liberal Democrats (Lib Dems) has been greeted with dismay by the party’s membership and supporters. Under the pact, the Greens have agreed to stand down in 43 constituencies, mainly to the benefit of the Lib Dems. The Greens will get a free run in 10 constituencies, but are unlikely to gain any seats at the election.

Professor John Curtis, the polling expert reckons that at best this pact will deliver an extra 5 or 6 seats to the Lib Dems, but no gains for the Greens or Plaid. To make matters worse, some of the seats where the Greens are standing down are held by Labour party Remain MPs, including Warrington South, where their majority over the Tories is only 2,500. There is a risk that this pact could lead to a Tory victory, and all that that would entail.

The Lib Dems also were in coalition with the Tory government between 2010 and 2015, leading to the politics of austerity where the least wealthy endured savage cuts to living standards, because of the recklessness of the banks causing the financial crash of 2008. Why does the Green party want to be associated with a party like that?

Just when we were gaining ground, at the local and European elections earlier this year, the Green party seems to have shot themselves in the foot, and many members are unhappy about the direction of the party that this decision appears to signal. A move to the political right. Below are just some examples of comments by members and supporters on the Facebook groups where Greens tend to hang out.

At this moment in time I am still a Green Party member, but I am absolutely dismayed that the Greens are having ANYTHING to do with the Lib Dems let alone forming an electoral alliance with them for the sake of (potentially) a couple of extra seats.

I have resigned from the greens. I see it as a decisive move to the right by the leadership who seem to be out of touch. Vote Labour is the only option to remove the Tories.

I feel exactly the same. No longer a member.

The green party is nothing like the lib dems and we should not be likened to them at all.

I have more faith in Jeremy Corbyn than I do in Jo Swinson, and I am concerned that the Green Party seems more convinced by her than by him. She has a history of voting in favour of appalling things, he does not.

I am not happy either given how little difference it actually made in 2017 and the Liberal Democrats' terrible environmental record.

I’m not sure why local Greens parties will be standing aside and backing Lib Dems in tight Tory/lab marginals (eg Warrington South) When this could let the Tories in?

It has been poorly researched almost amateur - a position whereby the greens stand down to topple a Labour MP nearer our political position then the Lib Dems - who we are supporting by fact is very poor.

Will the LibDems commit to the Green New Deal - co-sponsored by the Greens and Labour? Because I wouldn't vote for a party that didn't do that as a minimum.

The LibDem candidate in my constituency was a Tory as recently as September! So, to kick out the Tories, I should vote for a Tory and a party that was happily in coalition with the Tories?

Never trust a Fib Dems or do business with them. When will Green Party members realise this?

I thought Jo Swinson was lying when I saw her on a program spouting off about a pact with the greens, what the actual fuck!

This is what happens when you lose sight of what’s actually important, mainly because people seem to think stopping Brexit is a bigger priority than ending austerity.

I'm so gutted the Greens have done this. The libdems will sell out faster than half price Glastonbury tickets!

How can the Greens go into a pact, with a party whose leader is in the pocket of the industries any environmentalist would oppose?

Worried about several of those seats where Greens are standing down for the LibDems, including Southwark and Old Bermondsey, where the sitting Labour MP Neil Coyle is strongly anti-Brexit.

It’s a f*cking disgraceful- 3 months ago I asked the NEC about these rumours. They denied them explicitly- cannot believe it- may as well join the #Tories. Our votes are being sold for 1 seat ( Bristol). I will now rejoin labour or start my own EcoSocialist Party

This will kill the Green Party. No one in their right mind should form an alliance with the lying Yellow Tories of the Lib Dems.

Well, I am sadly leaving the GP as a consequence!

It is not a great start to the Greens electoral campaign to piss off your activists, and the party could well rue this decision, as it can potentially set us back years. I must say, that I am also considering my position, and whether after 13 years I still want to remain in the Green party.
Mike Shaughnessy at 09:01
Share