This General Election is Unpredictable in Fragmented Britain 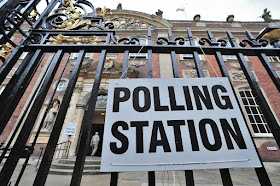 Leaving aside how badly wrong most of the opinion polls were at 2017 General Election, so far all the pollsters give the Tories a decent lead over Labour, although the lead has narrowed over the last week or so. The picture is being further complicated by regional variations and even variations within regions.

Take a look at these local council by-election results from this week, as supplied by Britain Elects. Yes, council by-elections have a low turn out of voters, usually around 30%, and yes local issues can and do play a part in swaying the voters. But they are real votes, not (weighted) surveys of what people tell pollsters they intend to do.

As you can see, the results cover England, Scotland and Wales, and vary considerably in different parts of the country. There looks to be something for all the parties to cheer in these results. The St Mary's result appears indicate the Labour party benefiting from there being no Green candidate standing.

The Scottish results confirm what the polls have been saying about the Scottish National Party's prospects in Scotland, they look good. In England and Wales though, no clear winner is indicated by these results. Although it looks as though things are going fairly well for the Liberal Democrats.

Labour is probably in a better position now that it was at this stage of the 2017 campaign, but they do look to have ground to make up, to be in with a chance forming a government, although it will probably need to be some kind coalition, with Labour the largest party.

The mood may be different from 2017, after all of the paralysis in Parliament of the last two years, with voters getting increasingly frustrated with the inability of MPs to agree something, anything, to move us on from the Brexit debate, and this is something that the Tories are trying to cynically exploit.

But judging by the times that the Tory leader Boris Johnson meets actual voters on his walk-abouts though, not all voters are absolving him from blame for this, and voters want to talk about other issues, the NHS, cuts to council services and environmental concerns, especially in recently flood hit areas. I also think it is fair to say that the Tory campaign has been pretty shambolic, and no better than the car crash campaign they had in 2017.

It is hard to see how the recent floods will play well for the Tories, and it could be even worse with the looming winter crisis in the NHS, so there is all still to all play for the opposition parties over the next four weeks. Over 850,000 people under the age of 34 have registered to vote since the election was called, who tend to favour Labour over the Tories and also tend to be mainly anti-Brexit.

The coming election could well shape the country for a generation, and I think it is the most important General Election since 1979. I’m sure many people have not engaged with the campaign so far, but traditionally tend to in the last two weeks. This time though it will be almost Christmas by then, and it is to be hoped that voters are not distracted by that. There are so many unknowns in this election which makes it so difficult to call.
Mike Shaughnessy at 08:16
Share