MPs Should Legislate for an Abortion Referendum in Northern Ireland 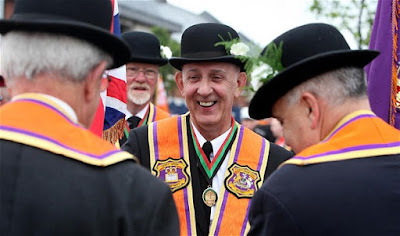 The UK government is resisting legislating and looking increasingly worried by the situation, saying that it is a devolved matter for the Stormont Assembly to act on. This is true, but rather falls down under the reality that there is no Assembly to devolve it to. The Assembly was suspended in January 2017 over a green energy scheme, of all things, but there were other differences between Sinn Fein and the Democratic Unionist Party (DUP).

Under the Sewel convention, the UK government has agreed that it will not normally legislate on matters that are the responsibility of devolved administrations without their consent, but as I say, there is no one to give consent.

In another twist, the UK government has just broken the Sewel convention by stating that it will be legislating on Brexit, against the wishes of the Scottish Parliament. May is making a habit of breaking conventions, as she did when ordering the bombing of Syria earlier this year, when she refused to allow a Parliamentary vote on the matter. Whatever suits your political agenda is deemed to be more important than constitutional convention for this government.

Over 160 MPs have signed a letter calling for Westminster to legislate for a referendum on the issue and many more are said to be privately in favour of a change in the law, so this might well become unstoppable. There are two ways (possibly three if you count an adjournment debate) MPs could force the issue.

The first is by an ‘early day motion.’ The censure motion by which the Labour Government of James Callaghan was ejected had its origin in an early day motion, put down on 22 March 1979, by Margaret Thatcher. But it is quite cumbersome in nature, and so the second option of amending an existing bill may be a better bet.

This is probably what is going to happen. The Labour MP Stella Creasy is proposing an amendment to the domestic violence bill which will be debated in Parliament, probably in the Autumn. My feeling is that the amendment could well get enough support from MPs of all parties (except the DUP), and this is why the government is so worried.

The DUP might, probably would, withdraw their support for the Tory government, which would inevitably lead to a general election, although it is hard to see any new government not proceeding with liberalising the abortion laws in Northern Ireland. I think the DUP are stuffed, what a shame.

Meanwhile, the UK Supreme Court is set to make a ruling on whether Northern Ireland’s abortion laws are in breach of the European Convention on Human Rights. Everything seems to be moving in the direction of bringing Northern Ireland’s law into line with the rest of the UK.

Which is kind of ironic, because throughout the Brexit negotiations on the border in Ireland, the DUP have demanded that Northern Ireland, is treated no differently to the rest of the UK. Well, as far as abortion is concerned, that may be about to happen.

Abortion doesn’t seem to me to be the sort of issue that should be devolved anyway, since it effectively makes women in Northern Ireland second class citizens to those in the rest of the country, and now even on the island of Ireland. If this brings down the Tory government, then so be it, it has been a complete shambles in all other respects anyway. And the DUP will not get to trouser any more money from UK taxpayers as a reward for the shameful deal that props up this minority Tory government.