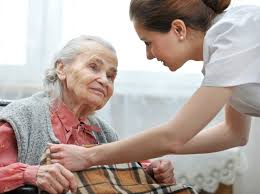 Despite the suspension of campaigning last week, which I thought threatened Labour’s momentum (with a small ‘m’) in the opinion polls, the polls have continued to narrow. The first poll by YouGov for The Times, after resumption of campaigning, cut the Tory lead to 5 points (from a high of 24 points only a couple of weeks ago). Research was conducted after the terrorist bombing in Manchester, has topline figures of CON 43%(-1), LAB 38%(+3), LDEM 10%(+1), UKIP 4%(+1). Although the same organisation puts the Tory lead at 7 points, in its latest poll today.

It appears, so far, that the bombing in Manchester has not halted Labour’s advance, with health and social care a much more important issue to voters. Only one Tory policy was recalled by more than one in five people – the changes to care funding (which was often described as dementia tax, or taking old people’s homes, or similarly negative terms), YouGov found.

Now, the Local Government Chronicle (subscription) has revealed that Tory local authority leaders are sceptical of the government’s proposals too.

Izzi Seccombe (Con), chair of the Local Government Association’s community wellbeing board, told LGC last week that she was “not too sure” the plans would provide a sustainable long-term funding solution.

“The problem with retrospective payments is you need to be able to fund it in the meantime,” the Warwickshire CC leader added.

Essex CC leader David Finch (Con) said “This is not a solution. There needs to be a fundamental redesign of health and social care funding in the long term.

“There needs to be a more progressive system - not just a knee-jerk reaction but a plan over five years.”

Kent CC leader Paul Carter (Con), who is standing as a candidate for leader of the Conservative group on the Local Government Association, said a lack of detail in the manifesto meant the financial impact “remains to be seen”.

But added: “The £100,000 floor exacerbates the problem. More families with better access to free support will be relieved but it is a cost local authorities will have to pick up."

The Tories are desperately trying to change the narrative in the election campaign now, hoping to benefit from the terrorist attack in Manchester, by smearing the Labour leader, Jeremy Corbyn, as an apologist for terrorists, which of course he is not. Terrorism is a big problem, but to put it into context, these attacks are relatively rare, and there are much bigger areas of concern over things like health and social care, schools and wages.

This is where Labour needs to keep the campaign focussed, although I think they were right to tackle the terrorism issue head on, immediately campaigning resumed on Friday. Corbyn’s speech which touched on the effects of our foreign policy on terrorism at home, was long overdue from a prominent political party leader, but let us now move on.

The Tories are on the ropes at the moment, and we must not let them get off the ropes. Hammer them on domestic policy where their record is poor, and expose the prime minister, Theresa May, as the personal mediocracy that she is.


This election is now a contest, and we can just glimpse the opportunity of throwing the Tories out of office. No let up, let’s keep hammering them.

Posted by Mike Shaughnessy at 04:07