I, Daniel Blake – Reflections of a Former Jobcentre Adviser 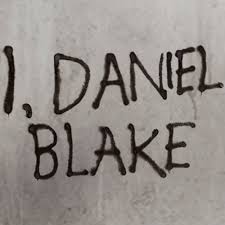 The plot is about a man in his fifties (Daniel Blake) living in the north east of England, who has suffered a heart attack. In the opening scene he is passed fit for work, at a Work Capability Assessment by an American health care company, employed by the Department for Work and Pensions (DWP), and so is taken off Employment Support Allowance (ESA), and put onto Jobseekers Allowance (JA). ESA is for people who are too sick, or disabled to be expected to work. Blake’s own doctor has told him that he is too ill to go back to work and would risk another heart attack. Blake submits an appeal against the decision, but has to wait months for a tribunal hearing.

The amount of benefit money paid by both of these allowances is exactly the same, but anyone receiving JA only receives payments if they are ‘actively seeking work.’ Claimants have to prove this, by keeping a record of job applications and job searches, as well as attend any events that their Jobcentre Adviser directs them to do. Attending Jobcentre appointments, on time, is part of the job seeker’s ‘contract.’ Failure to comply, with proof of job seeking or a direction, or being late for an appointment, leads to a sanction, which means that benefit is withdrawn from the claimant, for as much three years in extremis.

Blake befriends single mother Katie and her two children, who have been forced to move from London, three hundred miles away, to find social housing, and who is sanctioned because she briefly got lost on the way to the Jobcentre, and was late for an appointment.

As is usual with Loach’s work, the film displays a positive, affectionate view of the working class.

The rallying around to help each other in desperate times, a social solidarity and generosity to each other among people who are being ground down by the bureaucratic establishment, but still manage to share what little they have with each other.

Visits to a local foodbank become a daily occurrence, with long queues of people in the same boat. Katie, after a failed attempt to shop lift a packet of tampons, turns to prostitution to get money to feed her children. Blake eventually refuses a Jobcentre direction and is sanctioned, and is then arrested for spraying graffiti on the outside walls of the Jobcentre.

I spent some time working as a Jobcentre adviser, a few years ago, and the scenes from the Jobcentre are very accurate, and all too familiar to me. The period that I worked as an adviser straddled the end of the Labour government and the beginning of the Coalition government. During Labour’s tenure, many people were forced off ESA and onto JA, but advisers were given discretion as to if they sanctioned claimants. Life is not straightforward, people are fallible, things go wrong, so it is sensible to let advisers, who know their clients, decide not to refer them for sanction. This freedom was progressively removed from advisers under the Coalition government.

I didn’t see my job as making people even poorer, I was trying to help them get back on their feet, and I had a fair bit success of getting people into work. This became increasingly unimportant to the management though, once the Coalition government was elected. Sanctions were the only game in town.

I was as fair as I could be with people, and only sanctioned one person in my time as an adviser, I didn’t like doing it, but it was unavoidable, some other advisers were much more hawkish. This point is made in the film, one hard-line advisor, and one sympathetic (who gets in trouble for this with her manager). The actual decision on sanctions is taken by some remote official, and communicated by post. This diffuses the situation a little at the Jobcentre, but advisors know what the result will be, usually a sanction.

There is pressure on the lower level managers from more senior management, and this can lead to bullying of the staff, but senior managers quickly wash their hands of it. In the same way, the politicians lean on the top civil servants, and the message then goes all the way down the line. That is why the Tory government can claim that it does not set targets for sanctioning claimants. Strictly speaking they don’t set targets.

How it works is that Ministers will make it clear to senior officials that ‘they want the sanctions rules enforced’ or such like. The sanction rules haven’t changed from the Labour government days, although the sanctions themselves have increased. This is then fed down the management chain and ‘local’ targets for sanctions are set. It happened when I was there, doubled overnight. I hear it is much worse now.

Blake eventually gets his appeal date, but whilst waiting for the case to be heard, he has another, fatal heart attack. The statement he was to give at the tribunal, is read out by Katie at his funeral. It is very moving.


At the film’s ending, a burst of spontaneous applause broke out in the cinema, and when the lights went up, I could see people with tears in their eyes. How can all of this be going on in Britain in the twenty first century?

See the film, it has strong acting performances and it is an excellent counter-point to the Benefits Street image that is often conjured in the media.