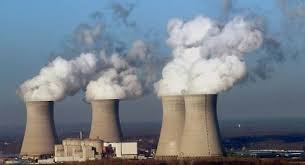 I wrote about Jeremy Corbyn’s environmental plan on this blog when he released his 10 point plan for a future Labour government. One of the plans was for the environment, and I broadly welcomed it, comparing it favourably with the Green Party’s own environmental policies. In fact, I wondered whether much of it was a straight lift from the Green Party policy, but because Corbyn’s plan was only an outline, I asked for more detail.
Well, Jeremy Corbyn has indeed put some more flesh on the bones of his environmental plan this week. Writing, curiously on the radical US website Counterpunch, he does fill in a lot of the details of his strategy. He promises that a future Labour government led by him would:


challenge the Big 6 oligopoly by empowering communities and local authorities to generate their own green energy;
use our £250 billion National Investment Bank to lower the cost of capital for renewable energy projects;


ensure strategic investment into industries with a long term future in all regions of Britain will more than compensate for any job losses in unsustainable sectors;
work closely with workers, communities and unions to manage the low carbon transformation in a way that is fair to those affected.


So, much to applaud here from those concerned about fossil fuel driven climate change, this is a big step in the right direction.
But now for the caveats. Remember this plan only really refers to electricity generation and the associated carbon emissions. No mention is made of carbon emissions from heating, mainly from natural gas and the transport sector, mainly from oil based fuels.

Even the 65% electricity commitment from renewables, still leaves 35% of electricity to be produced from non renewable sources, which will presumably come from fossil fuels or from nuclear power. This is all based on today’s consumption levels, but as we know, demand is constantly rising for electricity, with new gadgets produced that require electricity coming onto the market all the time. And if electricity is to be used to power transportation vehicles, trains, planes and automobiles, then this demand will rise at an even faster rate.

The answer to this increase in demand for electricity, it appears, is to be provided by nuclear power. Today the Tory government signed an agreement with the Chinese and French governments (state owned company in France), to build a new nuclear plant at Hinkley Point in Somerset. It is a terrible deal, whereby British taxpayers will pay these foreign governments double the market rate for the electricity produced, for the next 30 years. This may be an underestimate too, with the costs of these types of nuclear projects tending to soar as time passes.


Corbyn doesn’t even mention these things in his Counterpunch piece, but Labour is committed to backing the Hinkley Point nuclear plant, so I can assume that nuclear power is part of Corbyn’s plan, indeed it looks to be essential. Another nuclear plant is planned for Essex.
Apart from the high cost of nuclear power, which is higher than for renewables, there is of course the danger from leaks, accidents and the disposing of the radio active waste. Nuclear is also not renewable, as the raw material (uranium) is like fossil fuels, finite.


It is a shame that Corbyn has not followed through the logic of his thinking here. Although, this should come as no great surprise, as the old left is still wedded to big state solutions and to use these to facilitate the necessary growth that is inherent to the capitalist system. This plan, though quite good in part, is more ecocapitalist than ecosocialist.
Posted by Mike Shaughnessy at 10:40