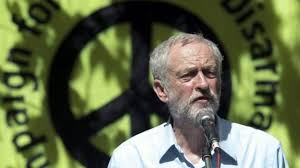 Jeremy Corbyn has revealed his 10 point plan, or manifesto I suppose, for retaining the leadership of the Labour Party. The full plan is posted at The Huffington Post, but I’m just going to look at his ecological ideas here. Of course, these things are all joined up, or should be, for anyone serious about respecting our planetary ecology.

I use the word ‘environmental’ in the headline here purposefully. This is to speak in terms of probably what everyone understands as ecology (environment), and no doubt this is the reason Corbyn and his supporters are using the term, but it is revealing in its own way.

The word environment suggests something which surrounds us, rather than ecology which suggests it is something we are part of. An important distinction for ecosocialists, and certainly links into the joining up of ideas in any political programme. Anyway, environment for widespread understanding it is.

Point 6 is the environment bit:

Action to secure our environment:

We will act to protect the future of our planet, with social justice at the heart of our environment policies, and take our fair share of action to meet the Paris climate agreement - starting by getting on track with our Climate Change Act goals. We will accelerate the transition to a low-carbon economy, and drive the expansion of the green industries and jobs of the future, using our National Investment Bank to invest in public and community-owned renewable energy. We will deliver clean energy and curb energy bill rises for households - energy for the 60 million, not the big 6 energy companies. We will defend and extend the environmental protections gained from the EU.

Although the last line in point 7 is also directly relevant:

We will bring our railways into public ownership and build democratic social control over our energy.

The plan is only a sketch, and you wouldn't expect much detail in something like this, but it does bear a resemblance to the Green Party policy, which is much more detailed, and you can read on the party’s website. It could even be a straight lift.

The National Investment Bank appears to be a halfway house of the Green Party’s Green Investment Bank proposal, but this is maybe because Corbyn’s version is intended for other purposes too, such as ‘infrastructure, manufacturing and new industries’. Of course I expect renewable energy will be some of the new industries invested in by the bank.

There is not much to not like in the outline of this plan, although I do get the impression that it is a kind of big state solution, despite some of the warm words about improving democracy locally and regionally, there is no specific mention of decentralisation. There is no mention of a fair voting system either. It is, I suppose, a new, New Deal, again reminiscent of the Green New Deal, advocated by the Green Party.

Economics wise it is pretty standard Keynesian stuff. Productivist and intended to increase economic growth, it is a throwback to the 1960s and 1970s kind of approach. Ecosocialism, and any serious thinking about green issues, takes into account the idea that never ending economic growth is incompatible with sustainable ecology. Most Green Party members, I think, from whatever wing of the party they are from, understand this. Greens don't measure well-being by GDP figures, for example. I’m not sure Corbyn understands this in the same way.

More should be made of the ‘community owned’ renewable energy bit, when the feeling I get from the whole plan is of large scale energy production, when the solution to some extent lies mainly with localised production. Quite what ‘build democratic social control over our energy’ in point 7 will mean in practice? It could be nationalised to meet this wording? This is very different from localised, community owned, autonomous networks. No anti-nuclear power commitment either.

Labour MP and Corbyn supporter, Cat Smith, puts some more flesh on the bones, writing on Labour List, and doesn’t miss the trick of mentioning that leadership rival Owen Smith, did not include the environment in any of his 20 point plan.

I’m not saying I would expect ecosocialism on day one from a Corbyn government, or indeed a Green government, and the state is needed to push us in the right direction, and this plan does a little bit. But I worry whether point 6 is just a bolt on policy, to appeal to green minded voters, as is often the case when left parties think about environmental matters? I do get a ‘statist’ feel about this plan overall, which is not an aspirational thing for ecosocialists.

One of the ‘E’s in RESPECT stands for Environment, and I never really believed Galloway got the green thing, as events appear to show.


I’m not necessarily knocking Corbyn's environment plan, or the plan overall, but we need a lot more detail on the specifics, before I’ll be satisfied that this is not just the usual sloganising exercise.

Posted by Mike Shaughnessy at 10:42