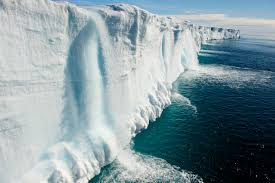 Reading the main stream media you would be forgiven for thinking that the climate crisis has, at one fell swoop, been solved by the agreement reached at the Paris COP21 Climate Summit. Even some hard-nosed climate groups have welcomed the agreement, and it is much better than the abject failure of the last climate meeting in Copenhagen, which merely kicked the climate can down the road. Reducing the target limit to 1.5C from 2C is sensible and a step forward but it is only to be an aspiration, at this stage anyway.

The can kicking this time, is that no binding targets have been set, but they will be reviewed in five years time instead. But even if countries do what they say will do, and even if this becomes a binding commitment in 2020, the 1.5C limit will be breached, mainly by the richer countries, who have promised actions that will in all probability raise global temperatures by 3C. They are basing their carbon reduction on very optimistic assumptions about Bioenergy with Carbon Capture and storage, which would inevitably lead to massive land grabs, from the poorest people, putting food security at risk.

Although financing to help the poorest countries was agreed to help them adapt, no amount was agreed, or a date when the finance will be available and for what? The text of the agreement even reduces the obligations on financing from the ricer nations and increases the financial obligations for the poorer ones.

The richer countries have promised to cut emissions, but not by that much. The US will cut 15% of their carbon emissions by 2030 and the European Union a not much better reduction of 20% over the next 15 years. Japan, Canada, Australia, Brazil and Argentina have made similar 1% per year promises of a reduction in the next 15 years.

Of course it is only fair that the emerging and developing countries are allowed some increase in emissions, since western nations have been pumping out most of the emissions for 200 years, and now effectively export our emissions to China and India through the manufacturing industries. But western nations need to do more to reduce further our emissions and make sure that finance is available to developing countries for clean energy production.

And our old friend carbon trading is included in the agreement, which will no doubt be rigged in favour of the polluting industries making even bigger profits, and the traders taking a healthy slice.

The rhetoric from the politicians, especially from the rich countries after the conference was also clearly at odds with the real life policies of the time. In Britain, we have just slashed subsidies on solar energy and are making it more difficult to get planning permission for on shore wind turbines. At the same time we are pushing the fracking industry and overturning local government decisions to refuse fracking permission, as in Lancashire.


There was a very respectable turn out of 20,000 at the Paris talks demonstration despite all of the difficulties of protesting in the city after the recent terrorist attacks. We need to redouble our efforts to force some real action, not just words on climate change. The danger is, with all the media hype surrounding this agreement, the public will think everything has been sorted out. The fight goes on.

Posted by Mike Shaughnessy at 16:17