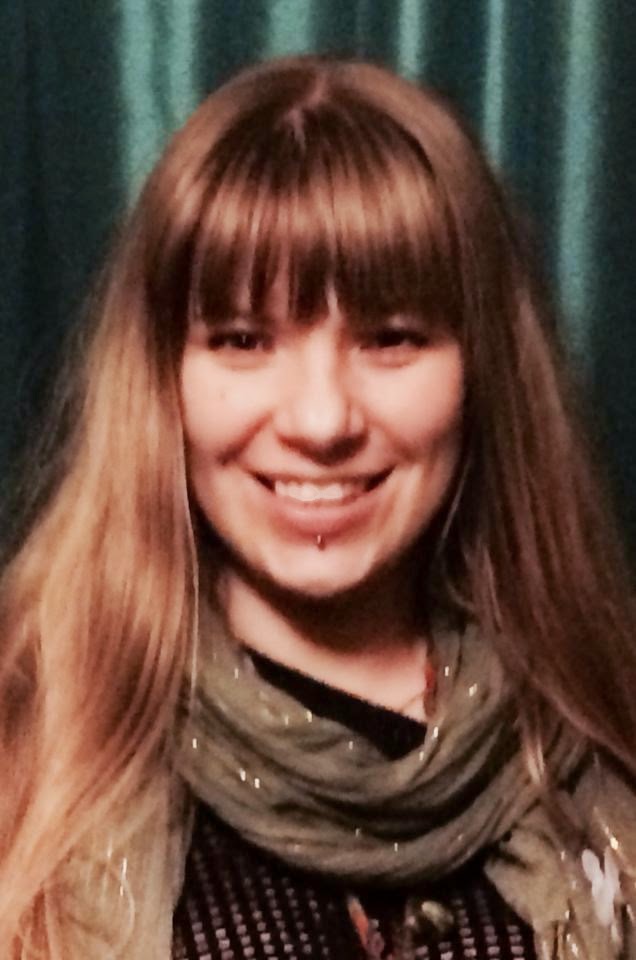 In the second of a series of interviews with Green Left supporting candidates at the General Election, Mike Shaughnessy interviews the Green Party's Katy Beddoe, candidate for Caerphilly, Wales.

Tell me a bit about your background and how you came to join the Green party?

I grew up in the South Wales valleys in a working class family, my mum a lolly pop lady and my dad worked in the local leisure centre. Both my parents were very active in our community and particularly my dad brought me up to be politically conscious and a Labour supporter. During Thatcher’s reign I saw the harsh impact of right wing politics during the miner’s strikes and how it affected people around me. Since I’ve seen the rapid decline of the area, of people’s prospects and of community cohesion.

During a gap year of my fine art studies I became pregnant with my son and lost my partner when my son was just two and a half. As a single mother dependant on benefits and battling depression I stayed at home to raise my son for a few years, then started volunteering and eventually returned to university. This time to gain my degree in youth and community work, turning my back on a future in the arts, by then in my mid-twenties I had developed a strong social conscious and wanted to turn my experiences of life to make a positive difference to others.

As my career developed within Youth Services, short term funding making me flit from project to project, from working with young Muslim women, LGB&T young people, ASB focused work, engaging young people into politics in running the local youth council and now in a city centre based drop-in dealing with the fallout of austerity and poverty every day. This vast experience only added to my knowledge and anger at the injustices in our society. Additionally, being the workplace union representative, I increasingly became active in the working class struggle. As my son become older, it freed up my time to progress from keyboard warrior to an active foot soldier, joining marches to stand up for our pensions etc and caught the activist bug, no longer could I justify not standing to be up to be counted. I got involved with the People’s Assembly Wales, which I felt was the light at the end of the tunnel amongst the blanket of neoliberal doom. That was when I met Pippa Bartolotti who introduced me to the Green Party’s common sense policies. Growing up with Tony Benn as my idol, I had still been holding on to the hope that Ed Miliband would steer Labour back towards socialism, but was continuingly being disappointed. I’m not sure what the last straw was but by early 2014 I had lost all hope in Labour. Also the People’s Assembly had not made the impact I’d hoped, particularly in Wales and the Bedroom Tax Campaign I was running was slow moving; I needed to put my efforts into the heart of our broken political system. I looked more in depth into Green Party policies and I was surprised that despite being a political party they were in sync with my radical values and I haven’t looked back since.

Why did you decide to join Green Left?

Once I joined the Green Party I understood that membership was quite diverse, with people from all backgrounds and experience. As much as I love that aspect about the party; I like the fact we are not classist, class language, as much as I have a strong working class identity, is divisive language and I have found a lot of inverted snobbery on the activist scene which I’m uncomfortable with. Within the diversity of membership there is differences in values within the party, some support some policies more than others. I had spoken to few members of Green Left and wanted to join forces with the radical bloc which I feel massively influences the socialist strand of the party. Also I feel we have a lot of work to do to progress the party within much of the left wing in the UK many who feel that we are ‘middleclass do gooders’, we’re not! Green Left represents this work. You are standing at the general election in Wales – from this distance I’ve always felt that the Green party’s growth in Wales is hampered by the existence of Plaid Cymru, who have similar green and left policies – is this true?

There are some who believe Plaid is the Green Party of Wales, it’s not. Whereas there are many similarities between us and Plaid, such as anti-austerity and some of our Green Policies. However, there are also massive variations which reflect the membership in both parties. I’m not comfortable pointing out such differences as it is important we are not negative about our allies. Currently I don’t feel like membership is hampered in Wales Green Party as the green surge has seen us gain 1000 new members just within the last month, though it may have contributed to the region being much smaller in the past. Much of the new membership is like me from activists’ backgrounds who bring new energy and focus we are establishing many new local parties across Wales. Much of the growing sensitivity surrounding both parties at the moment is regarding candidates standing in the same areas and splitting the vote, particularly in Plaid marginal seats, though I don’t believe it’s a straight forward as those that would vote Plaid would vote Green and vice versa. Also the Green party is a grassroots up party, if local parties choose to stand a candidate, who are we to stifle that democratic voice and insist they don’t do this? New members want to vote Green and not Plaid. I think it is an absolute shame there wasn’t an agreement earlier on to stand in some areas on a shared ticket. I believe this combined vote would have ensured more anti austerity representatives in Westminster after May.

I am anxious to ensure that we continue to grow our alliance with Plaid.  As the party grows we are attracting powerful enemies, the neoliberal fight is going to be a tough battle and it is integral where we put aside differences and align ourselves with as many with anti-austerity partners as possible. I’m keeping my eye on Left Unity; initially I hoped they would act as a left wing ‘umbrella’ Syriza style party to bring this coalition together. I’m still holding on to that hope. 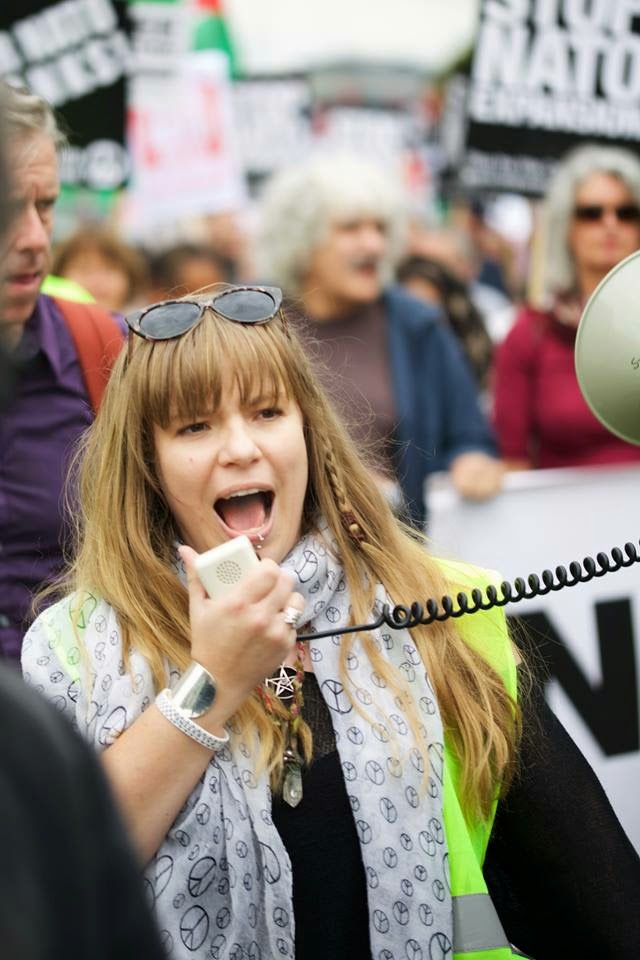 What are the main issues that you will campaign on?

Social Justice is my strength of knowledge so I will focus more in this area. I have chosen my target ward, not on its strength in Green support, but as the most deprived ward in Wales. This is where my professional experience is, engaging with the most disadvantaged in society and also connecting young people with politics. If I can just get the groups most unlikely to vote, voting I’ll be happy, whilst promoting Green party policies and challenging divisive tactics currently infesting the Welsh valley’s. I don’t tend to talk much about our green policies as much as I am very much the environmentalist I was brought up to be, people know we’re environmental, it’s our other policies that need promoting.

How do you rate your chances in Caerphilly – and the Green party more broadly in Wales (and England)?

It’s really hard to gauge how this election is going to turn out. I hope as a party we will significantly progress our MP’s in England and it will be amazing if we win a seat in Wales. Mostly it is about continuing our growth, as a mum and a youth worker I’m terrified about the future for our young people, therefore my vision is long-term.

Do you think the recent electoral success of the anti-austerity SYRIZA party in Greece will impact on UK politics?

Hopefully, though I hate to think that it will take the suffering to become as wide spread as it has in Greece before people start investing in change here. Also the media has such as destructive influence in the UK, I’m sure that the reporting for how things develop in Greece will be somewhat skewed.

Some in the Green party are re-thinking opposition to nuclear power, as it looks to be the only way will get any action on climate change. What do you think?

Compromising ethics within a party will see us morph into something we are not. Look what happened to Labour, the Lib Dems? The risk of Nuclear is too big a risk to take and it is NOT green.

If elected to Parliament, would you vote for a Labour austerity budget?

Absolutely not, there are something’s we should not cooperate on, austerity is one of them. We would be doing so much disservice to many of our new members who have joined due to our anti austerity stance and to the party as a whole.

https://katybeddoe.wordpress.com/
Posted by Mike Shaughnessy at 10:20