Something Big is Happening in British Electoral Politics 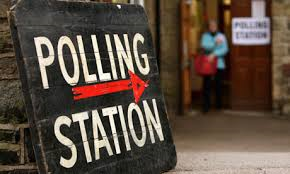 The results in this week’s Parliamentary by-elections provide further evidence of the turmoil in electoral politics in this country.

UKIP has of course made all the headlines with a stunning victory in Clacton and an even more astounding result in many ways, running Labour to within 617 votes in Heywood and Middleton (Manchester). The margin of victory in Clacton, now a seemingly safe UKIP seat with a majority of over 12,000, is perhaps the only surprise, as UKIP have been making great strides in the east of England, pretty much from the Lincolnshire coast south to Essex and Kent.

But in Manchester? This should be a very safe area for Labour, so to just get home by an electoral whisker, albeit on a low turn-out, must be very worrying to the party. Already there are calls from within Labour to take a harder line on immigration to shore up their vote at next year’s general election.

But Labour’s problems don’t end there. In Scotland polling suggests that the SNP will win about 20 seats next year, gaining most from Labour in the wake of recent Independence referendum. The SNP is now up to 100,000 members making it easily the third largest party in the UK. The referendum has had a galvanising effect on the Scottish Green party too, more than trebling its membership to over 6,000 and even in England and Wales where Green party membership has risen by 40% in the last twelve months and now stands at over 20,000. Labour are increasingly worried that they are losing support to the Greens in England.

It seems more certain by the day that the general election will produce another hung Parliament and so probably another coalition government. Yougov’s Peter Kellner thinks that UKIP could win 10 seats at least, mainly in the aforementioned east of England and they along with the Ulster Unionists could make up the numbers for a majority with the Conservatives.

Labour might need to rely on the SNP, PC, SDLP and maybe some Greens if we can win a few seats, and three is possible I think. We are regularly polling 5 or 6% in national polls, where normally we would be polling around 2%.

But what of the Lib Dems? They think they can retain around 40 seats (down from 57), although my feeling is they will be closer to winning only 30, with almost half of their seats from 2010 lost . Which way will they jump? I suspect under the current leadership, it is more than likely they will stick with the Tories et al.

I have never known politics in this country to be in such a state of flux, although this has been coming for a number of years, with Labour and Tory shares of the overall vote falling consistently as the ‘Others’ have eaten steadily into their support and it does offer some hope I think of something new being built, to replace the tired old duopoly of the big two.


But most depressingly, whilst the radical left makes gains in countries like Greece, in England the rebellion is led by UKIP. Although this might not be as bad as it looks. John Harris writes an interesting piece about UKIP supporters where he concludes that it is not really UKIP’s policies that are attracting support, but the desire to stick one up the establishment for the varied grumbles the electorate holds against the two big parties.

I like to think as we grow, and hopefully get more media attention, we can persuade these malcontents to support the Greens in England at least, in larger numbers.

The election next year is too close to call at the moment and the next seven months or so should be fascinating to watch.
Posted by Mike Shaughnessy at 10:28