Why I resigned from the Green Party 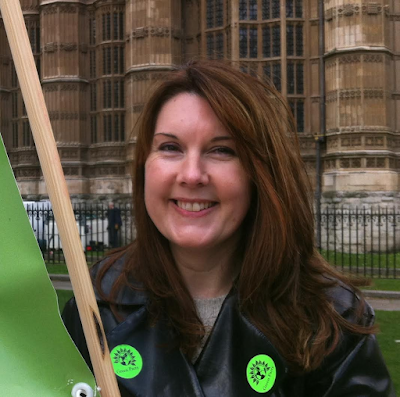 It was with great sadness that I resigned my position on the Green Party Regional Council and left the Green Party of England and Wales (GPEW), having been a member for 8 years, in May 2021. I come from a human rights background acting as an advocate standing up for the rights of vulnerable groups of people. I had quite a high profile in Lewisham - having worked collaboratively with other groups of people on the Stop TTIP campaign and the Save Tidemill campaign. I stood in Lewisham local elections 3 times, and in the General Election 2019 (Lewisham Deptford). I was the London Federation AGM Coordinator for about 5 years, and worked on education policy for a year.

Until I stood in the General Election in 2019, I had no idea of the toxicity bubbling underneath the Green Party regarding Trans Rights Activists (TRA's) viewing anyone who stands up for women's rights as being 'Transphobic'. When I pledged my support for A Woman's Place manifesto (among a host of other pledges such as support for the Future Generations Bill etc) in the last General Election I was shocked that people in my own party piled on me on Twitter calling me a bigot and transphobic!

This harassment and bullying from within then continued and reached epic proportions when I stood for Deputy Leader on a platform of increasing engagement in the party, the need for a Women's Rights policy, and encouraging members to vote in more Greens of Colour.

When I put myself forward as a candidate for GPRC London Rep, the online abuse started again and the Elections Coordinator for the London Regional Green Party (Stephan Liberadzki, complicit with Colin Boyle the Coordinator)) tried to avoid counting the vote (as I had won by a slim margin) and attempted to re-run the election again to get a different result!

They both ignored my complaints about lack of due process and had allowed Danny Keeling who identified as a man in the 2019 General Election to put his name forward for the female rep role. I found out shortly after this that Stephan himself had called me transphobic on Twitter during the GPEX Elections 2020 as well! Colin’s view of the abuse and harassment was that it was “fair comment”!

As a GPRC rep I saw how the complaints system was being abused to continually suspend 'Gender Critical members.' This view that Women's rights is 'Transphobic' is being continually touted by the current leadership of Sian/Jonathan/Ameila/Liz Reason (Green Party Executive Chair) and the CEO Mary Clegg. It was Sian Berry and Caroline Russell who spoke against my motion at Conference to have a women's rights section (supported by Baroness Jenny Jones) put under the Green Party's Rights and Responsibilities, declaring the motion to be "transphobic and trans-exclusionary."

Following Conference, our Co-Leader Sian Berry, was crowing on Twitter that she had defeated the Women's Rights motion as if this was a good thing! This action on Sian's part was both undignified, and irresponsible. I have known both Sian and Caroline Russell (both of whom I used to have high regard for), for a number of years as I have worked alongside them in London on various campaigns.

By wrongly repeating 'Trans Activist' rhetoric and mantras about women's rights being transphobic they continue to fuel division, and incite toxicity within our party - making it an unhealthy place for any member who dares to support women's rights as set out in the UN Convention against the elimination of all forms of discrimination against women.  (Ratified by the UK Government in 1986 - see: https://www.un.org/womenwatch/daw/cedaw/cedaw.htm)

It states that parties agree to take all appropriate measures, including legislation and temporary special measures, so that women can enjoy all their human rights and fundamental freedoms.

The Convention is the only human rights treaty which affirms the reproductive rights of women and targets culture and tradition as influential forces shaping gender roles and family relations. It affirms women's rights to acquire, change or retain their nationality and the nationality of their children. It also states parties also agree to take appropriate measures against all forms of traffic in women and the exploitation of women."

This conversation about the divisions and toxicity within our party is long overdue as it is currently tearing the party apart. GPRC, GPEX and the CEO have a shared responsibility to ensure that the Green Party of England and Wales is adhering to UK law - both the Committee on the Elimination of Discrimination against Women (CEDAW) as well as the Equality Act 2010 - which sets out protection for sex-based discrimination. 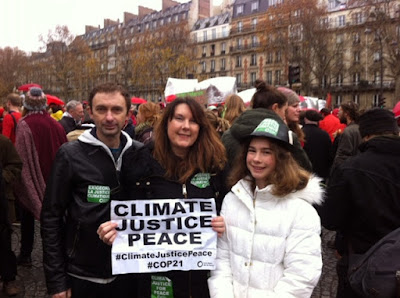 In these laws, women are defined and are supposed to be protected by their biological sex - hence the term sex-based rights. There is no discrimination against Trans Women - because they have their own protection set out in the Equality Act under the protected characteristic of gender reassignment.

Prior to Conference I alerted members to the LGBTIQA+ group claiming that the Women's Rights motions were against Green Party values - this was untrue, and used as a propaganda tool to create yet more hatred against women's rights whilst gathering support for the E03 Self-ID motion which impedes upon women's rights to single-sex services, and also the E05 Recognise Trans Parents Motion which ignores Article 12 of the UN Convention of the Rights of the Child which again the UK ratified in 1990.

Under our Rights and Responsibilities policy RR201 - GPEW states "Accepting interconnectedness means that individuals and groups share rights to equitable status, treatment and freedoms. The Phiilosophical Basis of the party (PB303/304) states that the “legitimate interests of all people are of equal value.” The Green Party rejects all forms of discrimination whether based on race, colour, sex, religion, national origin, social origin or any other prejudice. The Green Party promotes the implementation of policies which protect human rights and rejects all forms of exploitation for any purpose whatsoever.' CEDAW is one of 9 UN Conventions that make up Universal Human Rights.

Under the Equality Act 2010 there are 9 Protected characteristics and the Green Party only has policies for 8 of them: age; disability; gender reassignment; marriage and civil partnership; sexual orientation; pregnancy and maternity; race; religion or belief (limited to Traveller's rights), but, nothing on sex (based rights for women linked to CEDAW/or the UN Declaration on the Elimination of Violence against women).

We all know that women continue to be discriminated against based upon their sex - only 26% of women in the House of Lords & 34% of female MP's (hence the 50:50 campaign to aim to have 50% of female MP's in Parliament: https://5050parliament.co.uk/) which I was the GPEW representative for (and resigned from after the Conference motion fell); 3-4 women are killed by men in the UK every week; 1 in 4 women will experience domestic abuse in her lifetime; 1 in 5 women will experience sexual assault during her lifetime; in 2018 6,500 women and girls reported FGM; women and girls are subjected to trafficking for sexual exploitation, and there are only 5% of female CEO's in the top 100 UK companies.

GPRC need to do something about this before more and more women (and men) feel they can no longer in all conscience stay in the party - one of the latest resignations is of Cllr Dom Armstrong who has made this statement on Facebook here:

If you have been sitting on the fence on this issue, or if you have been put under the spell of the Trans Rights Movement (which make no mistake about it is being funded by Big Pharma who have a vested interest in the drugs used as part of the Transition process) then I would urge you to listen to evidence given this week by:

Graham Linehan at the Communications and Digital Committee Tuesday 9 March 2021:

I look forward to supporting a kind and open discussion about these issues to try to find some resolve for the party going forward.

The final straw for me was a report to GPEX by the CEO in May 2021 - stating that "women's rights infringe upon Trans rights." I spoke with a couple of colleagues before the GPEX meeting to bring this to their attention - because even as a GPRC colleague I would have been barred from raising this issue in a GPEX meeting! I emailed Martha James one of the Co-Chairs asking her to question this report which was wrong in law (Equality Act/CEDAW/HRA) and this would have been a valid and objective reason for the intervention given that GPRC have a duty of care to ensure that the `Party is in line with UK Law!

A couple of GPEX members made representations regarding the invalidity of the statement the CEO had made but Liz Reason allowed it to go to a vote and the majority of people on GPEX voted in favour - against both the law, but primarily as they saw it, against Gender Critical members and in particular women in the Green Party/Green Party Women.

I left the Green Party because I could not bear to be part of this unjust, punitive system a minute longer! When I didn't agree with the continuation of suspensions and voted against most of these suspensions bar two - one related to harassment and one related to a member using sexually explicit materials at some meeting (both of these in my view are the real kinds of cases which justify suspension), a complaint was put in about me and efforts to get me removed from GPRC.

I complained to GPRC and the CEO, but nothing much was done and no action has been taken to support Women Rights under the Equality Act either - in fact by letting GPEX hold this 'vote' in support of Mary Clegg's statement GPEX has cemented the Trans Rights focus of the GPEW.

The Automatic suspension system is not fit for purpose, there is no right to reply, if you make any representations against your suspension your rep can choose whether to speak for you or not!; it is a system that supports injustice and allows prejudice to be supported.

I will still keep campaigning on the Environment, Climate Change, social justice and women's/children's rights issues which are close to my heart, and I wanted to thank everyone who supported me when I was in the party trying to bring about positive change.

I can only hope that the new leadership will bring equality and unity to all members in the party.

Andrea Carey-Fuller is a former member of the Green Party of England and Wales and Green Left.