The Struggle for Ecological Sanity 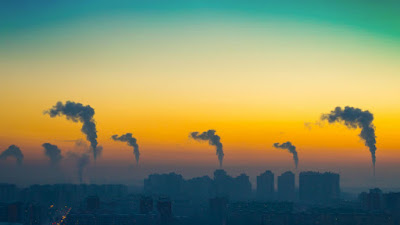 At this particular juncture of history, fraught with new dangers and new challenges, it is time for humanity (or crucial sectors of it) to being exploring the intersection between politics and ecology, between the requirements for radical change and unprecedented challenges posed by the global crisis.  For many reasons, this dialectic has rarely been addressed, even among progressives and leftists.  One dimension of this failure – central to the key arguments that follow – is the declining relevance of the Marxist tradition, in all of its variants, to provide intellectual substance for any future anti-system politics.

The extreme gravity of what humanity now faces – not only global warming but a world of shrinking natural resources and drastic food shortages – means that time for creating a viable strategy is running out.  The problem worsens once the momentous tasks at hand are taken into account:  a revitalized politics, sustainable economic development, popular shifts in both cultural behavior and natural relations.   Sadly, in the world to date we encounter no movements, parties, or governments that even remotely meet this challenge.

For at least a century after the deaths of Karl Marx and Friedrich Engels – that is, the end of the nineteenth century – Marxism in one expression or another was viewed as foundational to any prospects for a transition from capitalism to socialism.  Central to that transition was always faith in a proletarian-based revolution, the logical outcome of industrializing (but crisis-ridden) capitalism.  Historical development was expected to generate deepening systemic contradictions ultimately leading to economic breakdown and social upheaval, though the distinctly political elements of this process usually remained vague, ill-defined; strategy was always a point of intense difference across the entire trajectory of Marxism.

For reasons nowadays abundantly clear, however, the potential linkage of theory and action within the tradition – the source of political agency – has essentially vanished.  Marxism no longer shapes or informs any viable opposition to capitalism, in any locale.  Indeed it has been a full century since the last widespread working-class insurgency against capitalist power, the 1919-20 Biennio Rosso in Italy, which ended in crushing failure.

Prospects for overcoming the modern crisis will depend on the capacity of counter-forces to build and carry forward an ecologically-sustainable world system, and that means effective social control over the instruments of economic and political power.  Without a concrete strategy for winning such power, however, there can be no hopes for revolutionary change.  This great conundrum revolves around the question of power pure and simple.  And today the dynamics of power are shaped, more and more, by the incessant (seemingly irreversible) process of capitalist rationalization first thoroughly charted by Max Weber roughly a century ago.

Among its vast consequences, rationalization serves to recast the entire realm of politics, or governance, in ways widely familiar into the present.  Those consequences are nothing short of epic: convergence of economic and governmental power, an increasingly state-centered system of rule, strong oligarchical tendencies, expanded technological rationality, corporate globalization.  One result of this process has been ongoing solidification of corporate-state capitalism that prevails in the United States and a few other industrialized countries – a rather different pattern from that anticipated by Marx or even Weber.  Never in history have ruling elites been able to exercise such overwhelming power over economic development, state governance, social life, and the global ecology.

Nether Weber, leading Marxists of the early twentieth century, or later theorists of capitalist power such as C. Wright Mills could have foreseen the degree to which later fortresses of domination would impede prospects for revolutionary change.  The broadening matrix of power explored in the following chapters has been (especially in the U.S.) concentrated along three fronts: technology and the surveillance order, militarism and the warfare state, intensification of globalized power.  None of these dynamic historical forces was ever seriously analyzed in tandem by Marx or Weber, nor indeed by most other twentieth-century theorists.

The recent dramatic growth of technological corporations, mostly centered in North America, Europe, and Asia, can hardly be exaggerated.  What is best described as a Big Tech oligarchy – Microsoft, Google, Facebook, Amazon, Twitter, Apple, etc. – now amounts to the largest, most powerful assemblage of capitalist giants in history, its influence over communications, the economy, government, and culture without parallel.

Ostensibly forums of free speech, social interaction, and diversity of views, these bastions of technological modernity have become just the opposite: centers of ideological monoculture where much-celebrated diversity and inclusion rarely extends to the domain of thought or ideology, where censorship is more and more common.   While social media has virtually overnight become indispensable to public life in the U.S. and elsewhere, communication flows are increasingly governed by algorithms generally congruent with elite interests.

By the 1950s Mills had identified yet another component of postwar American state-capitalism, a prelude to President Dwight Eisenhower’s 1961 warning about the “military-industrial complex”.  That “complex” has grown steadily throughout the decades, now comprising several enlarged sectors: the Pentagon, CIA, NSA, law enforcement, Homeland Security.

For the world’s leading superpower since World War II, this apparatus has been rooted in several interrelated phenomena – pursuit of global supremacy, endless wars, military Keynesianism, empire of bases, a massive nuclear complex.  In the U.S., at least, we have seen how this institutionalized order has become a state within the state, largely outside the routine flow electoral politics.   As a clear roadblock to oppositional politics, this could not have been imagined by Marx or Weber, or even Mills.

Aligned with Big Tech, the intelligence apparatus, and warfare state, a vast global network of corporate and financial interests has taken on a life of its own.  Transnational capitalism has seamlessly given rise to such international organizations as the World Bank, IMF, World Trade Organization, G20, and NATO, all presiding over a system of concentrated wealth and power, including 17 financial enterprises in control of more than $40 trillion of wealth.  As of 2020 this staggering accumulation of power appeared fully out of reach of the local populations, national communities, labor unions, and social movements.

At this moment in history anyone concerned about the future of planetary life faces a pressing question: could such a globalized behemoth possibly be transformed into a sustainable world order?

Viewed against the larger historical backdrop, Marxism winds up diminished as a political force – a predicament unlikely to vanish.    A proletarian revolution today, however defined, seems more out of reach today than it did a century ago.  Among three strategic alternatives within Marxist politics – social democracy, Leninism, council communism – only Leninism ever gave rise to what might be viewed as successful revolutions, starting with Russia at the end of World War I.

The ultimate fate of Leninism in that country, however, was Stalinism which eventually led to ideological decline before the final collapse in 1991.  Other Communist regimes (China, Vietnam, Cuba, North Korea) currently exist as harsh authoritarian departures from anything Marx (or indeed Lenin!) had in mind.  Neither social democracy (an appendage of liberal capitalism) nor the council tradition has generated anything close to a proletarian revolution or transition to socialism.

Could something akin to Leninist strategy make sense today as a political mechanism bringing about the transition to a new order consistent with ecosocialist values – or is that strategy more likely to reproduce authoritarian outcomes?   What is often forgotten about Lenin’s classic theory of revolution, in my opinion rather distinct from its later Stalinist deformation, is its actual rejection of classical Marxism, starting with its assertion of the “primacy of politics” over the earlier “primacy of economics”.  Seeing that workers and other subordinate groups would never achieve revolutionary consciousness through everyday material struggles, Lenin’s well-known impatience led him to embrace the vanguard party as agency of both mass mobilization and conquest of state power.

To succeed, the Bolsheviks would need crucial political advantages: centralized organization, a coherent ideology, creative leadership from a stratum of intellectuals, readiness to win state power and attack the main centers of established resistance.  This very approach had been dismissed by Marx and Engels, who believed any form of “Jacobinism” or “Bonapartism” – a premature seizure of power – was ultimately doomed.

In the end, a modified Jacobinism (defined further in the text of this book) might offer a distinctly political solution, one way out of the crisis, but that would pose a huge threat to liberals, social democrats, and others fearful of genuine change. Communist parties in the West that once might have been regarded as agencies of anti-system change long ago succumbed to the pressures of deradicalization, and there is probably no reversing that outcome.   A similar dynamic has overtaken other erstwhile oppositional forces, most recently social democrats and Greens.

One alternative would be to build a Gramsci-style Jacobinism from the ground, bypassing the failed counter-forces inherited from the past.  Another prospect might be a tectonic radicalization of larger Green parties in Europe, which have (in varying degrees) already subscribed to a project of ecological rationality.  Whatever the path ahead, we know (or should know) that time is running short.  A future global food calamity alone, rendered likely by shrinking land and water resources, ought to be warning enough.

Given twenty-first century realities, on the other hand, it might seem that any Jacobinism is destined to be negated by the spread of postmodern culture, where oppositional tendencies are increasingly fragmented and dispersed, broken into multiple interests, outlooks, and identities.  Insofar as Jacobinism signifies a global aspiration, a grand narrative of the first order, it would be forced to move directly against the main historical currents.  There are plenty of reverberations to this actuality, all the more so for many industrialized societies where contemporary identity politics around race, ethnicity, gender, and sexuality dominate the landscape.

Indeed distinctly “global” issues such as imperialism, war, and ecology – not to mention class politics rooted in the Marxist tradition – now appear marginal, secondary at best.  In the U.S., perhaps more than elsewhere, identity politics has for many years prevailed over agendas that might be congruent with Jacobinism or indeed any project of radical change.

The fatal deficit of identity politics, however, is a built-in failure to envision societal-wide change; its very logic is partial, fragmented, conservative.  It is built around warring groups doing essentially horizontal battle while ruling elites continue business-as-usual.  As such, identity politics can only impede oppositional movements.  Its “strategy” (or lack thereof) is accompanied by a debilitating ethos of anti-politics.

The modern crisis, on the other hand, demands full-scale political commitment along lines of “climate Jacobinism”, a mechanism serving two distinct purposes: to achieve a planetary or ecological set of objectives, while also creating a counter-force that could overturn the global power apparatus.  If such a Jacobin force winds up the price of reversing a descent into uncharted horrors, could the bargain be worth the investment?

Carl Boggs is the author of many books in the fields of critical social theory, American politics, U.S. foreign policy and military history, film studies, and ecology.  After receiving his Ph.D. at U.C., Berkeley he taught at Washington University in St. Louis, Carleton University in Ottawa, UCLA, USC, and U.C., Irvine.  He is currently professor of social sciences at National University in Los Angeles.  He is a regular contributor to the magazine CounterPunch, is a member of the executive board of the Global Studies Association, and is involved with such journals as Theory and Society, Fast Capitalism, and New Political Science.  He is recipient of the Charles McCoy Career Achievement Award from the American Political Science Association, as well as several other awards in teaching and writing.  His new book Facing Catastrophe: Food, Politics, and the Ecological Crisis, is available from Political Animal Press.

Posted by Mike Shaughnessy at 07:37